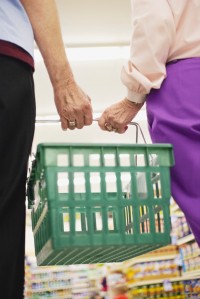 It was recently reported that tip-of-the-tongue phenomena isn’t something that we need to worry excessively about.

It appears that older people have the experience of not being able to identify someone famous or find the name of something more frequently than younger people (“Tip-of-the-Tongue Moments May be Benign“, American Psychological Science, 16 Oct 2013). But it has been found to be unrelated to cognitive changes associated with onset of dementia, suggesting that we shouldn’t be too concerned when we can’t name an actor in the midst of our frenetic discussion of the current k-drama series during family reunion dinners.

In contrast, there are other signs which we should be paying attention to. The Agency for Healthcare Research and Quality (US) for example lists a number of symptoms which might indicate dementia, which include experiencing increased difficulty remembering recent conversations and appointments, performing complex tasks which involve a number of steps, orienting and finding one’s way to familiar places. The Alzheimer’s Association (US) lists 10 symptoms which distinguishes the signs that someone may have Alzheimer’s from that of typical age-related cognitive changes. Given that dementia is a progressive condition, where there is “deterioration in memory, thinking, behaviour and the ability to perform everyday activities” (WHO), these early stage signs serve as a useful guide. The tendency to confuse time and place, resulting in one going to an appointment at the wrong time or at the wrong place, is another such sign – mentioned here by the Health Promotion Board.

There is also much talk about a scan which may determine if one’s cognitive difficulties are caused by Alzheimer’s disease (“Alzheimer’s Anxiety“, NY Times, 16 Nov 2013). But perhaps more pressing for most of us is the issue of whether we’re experiencing cognitive difficulties which warrant a closer look. And the answer to that might just be in a 12-question pen-and-paper questionnaire (known as the SAGE) which has been found useful for discerning cognitive decline, and for which validity research findings were recently published in the Journal of Neuropsychiatry and Clinical Neurosciences and reported in this article in Forbes (14 Jan 2014).